Women Your Mother Warned You About™ is the business podcast that gets real, sometimes raw and always relevant, sponsored by Sales Gravy.

Podcast host and producer Gina Trimarco is a sales expert and leadership strategist who shares best practices for blending life and work, unapologetically as a woman who often disrupts the status quo.

She also features interesting guests who share their expertise and make you think differently.

Launched in January 2019, the show has evolved into a best practices podcast for sales professionals. This show is not just for women. Instead it’s hosted by a self-proclaimed “woman your mother warned you about” who sometimes  requires a warning label for unapologetic, assertive high performer energy.

Why you should listen 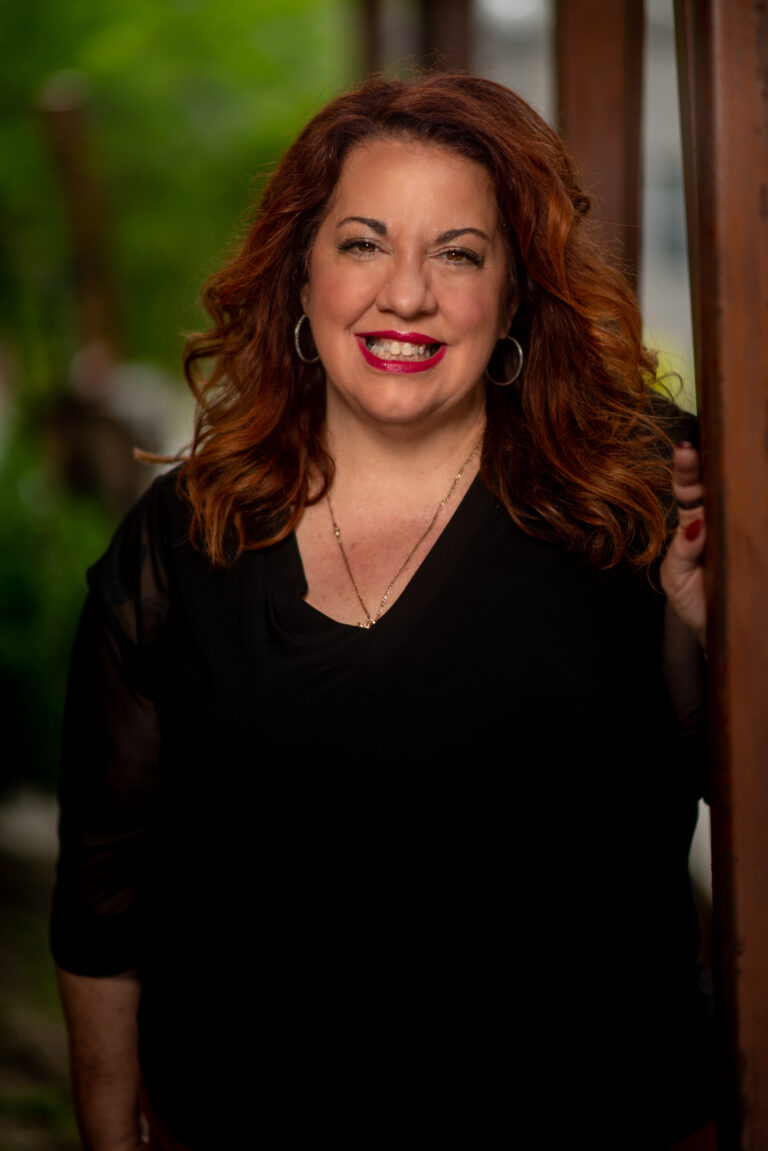 Gina is a Master Sales Trainer for Jeb Blount’s Sales Gravy who combines street smarts and improv comedy skills with her experience in the corporate and entrepreneurial worlds, which sets her apart from her competition.

“Sass without too much crass” is how Gina Trimarco describes herself. A high energy entrepreneur, engager, speaker, trainer, improv comedienne and podcast producer, Gina credits most of her success on her upbringing by her Italian mobster dad and German immigrant mother.

Prior to joining Sales Gravy, Gina founded and operated Carolina Improv Company, an improv comedy school and theater, in addition to Pivot10 Results, a sales training company. Thanks to this this podcast, Gina was able to “stalk” her business role model Jeb Blount and convince him to hire her … and sponsor this podcast!

Her first “official” sales job was working for her dad Carmie in a Chicago flea market at the age of 10. “On the record”, Carmie was a truck driver by day with many side hustles, including locksmithing and selling a variety of items at flea markets on weekends. He taught her how to “cut keys” and sell everything from toasters to Members Only jackets and Jordache jeans. Rumor has it that he was called the “Merchandise Man” and did a variety of “jobs” for Al Capone. Before you think that Gina’s THAT old, she’s not. Carmie was old enough to be her grandfather and truly taught her the importance of communication, loyalty, negotiation and work ethic. And despite HIS upbringing, he taught her the value of integrity – to do what you say you’re going to do. She’s not completely positive she didn’t break the law with the things she sold as his employee … not to mention her childhood complaints of child labor laws, but her college education couldn’t possibly compete with the real-world experience she received working in flea markets! Gina eventually resigned to work for a higher end (furniture) vendor who paid more ($50 a day). Carmie was nice enough to let her carpool with him!
And while the word “hustle” has become overused as a word, Gina says that this word probably describes her best because to her it means “drive, determination and hard work”.

The other attribute she inherited from Carmie was that of story telling and the gift of gab. From a young age, her parents constantly heard from teachers that “Gina talks a lot”. It’s no surprise she built a career on speaking, training, performing and engaging others.

And here’s the short version of her bio:
Gina Trimarco, native Chicagoan, Master Sales Trainer for Jeb Blount’s Sales Gravy and CEO/Founder of Pivot10 Results and Carolina Improv Company. She has 25+ years of experience in marketing, sales, operations and people training. Gina combines street smarts and improv comedy skills with her experience in the corporate and entrepreneurial worlds, which sets her apart from her competition.

When the economy crashed in 2008 she lost her corporate job and decided to do something seemingly impossible to many – she started an unproven concept business in Myrtle Beach, SC instead of finding a new job. That business, Carolina Improv Company (CIC), has been #1 on TripAdvisor for Nightlife Attractions since 2010, offering improv classes and shows, similar to Second City, where she took classes while finishing her journalism degree at DePaul University.
CIC quickly gave birth to a second company, Pivot10 Results, a training and strategy company that helps businesses and executives shift from people problems to performance results, using improv as a training tool for sales and engagement skills.

Gina also produces and hosts The Pivotal Leader podcast, is a Vistage Worldwide speaker and also a member of the Forbes Coaches Council, in addition to being a contributor to Forbes.com and TrainingMagazine.com. She also is launching a second podcast in December 2018, Women Your Mother Warned You About ™, with co-host Rachel Tipton.

Jeb Blount is the bestselling Author of ten books and among the world’s most respected thought leaders on sales, leadership, and customer experience. He transforms organizations by optimizing talent, leveraging training to cultivate a high-performance sales culture, developing leadership and coaching skills, and applying more effective organizational design.

Jeb is an in-demand speaker and spends more than 250 days each year crisscrossing the globe, delivering keynote speeches, workshops, and training programs to high-performing sales teams and leaders. Meeting planners rave about Jeb’s ability to keep audiences engaged and on the edge of their seats.

His approach to human relationships in the workplace is straight forward, passionate, and entertaining. He equips business leaders with the human relationship tools they need to leverage a diverse workforce to accelerate performance and effect real, lasting change. Leadership. Sales. Customer Experience. It’s all human. When your people master interpersonal skills you gain a powerful competitive advantage that transforms your entire organization.

Through his global training organizations, including Sales Gravy and Innovate Knowledge, Jeb advises many of the world’s leading organizations and their executives on the impact of emotional intelligence and interpersonal skills on customer-facing activities, and delivers training to thousands of participants in both public and private forums. 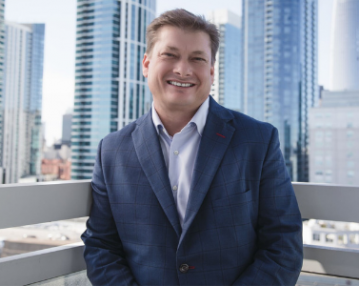 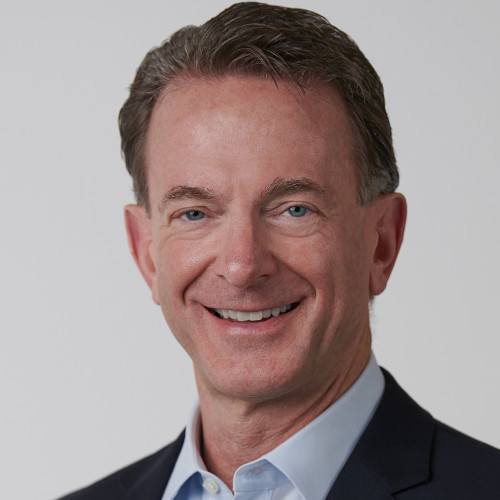 Keith is on a quest to build GREAT companies and to raise the bar of business, turning ideas into vision and vision into results. As a fan, contributor and mentor of the Women Your Mother Warned You About™ podcast, Keith attempts to be the male point of view with his “That’s What Keith Said” segment on occasional episodes … if he can get a word in edgewise between co-hosts Gina Trimarco and Rachel Tipton.

His focus on operational excellence brings stability into organizations he leads and guides. His success is based upon strong leadership capabilities and his ability to build strong leaders around him. Through a unique management system focused on company growth and strong culture development Keith helps build businesses that are true talent magnets.

As Managing Principal of Walters Dev Group, LLC, Keith currently assists companies via board and advisory roles. The last company he led and transformed, Axiometrics, grew from a small, lifestyle company into a nationally recognized industry leader. The transformation included:

He’s honored to have Axiometrics’ growth stories included in a recent book, “Rocket Fuel: The One Essential Combination That Will Get You More of What You Want from Your Business”, by Gino Wickman and Mark C. Winters.

Keith is active in the business leadership community through organizations such as Vistage Worldwide, Conscious Capitalism, and others. As a voracious reader, Keith incorporates and blends the best growth and leadership strategies into the companies he works with. When he is not working to build great companies, you’ll find Keith in the outdoors, cranking out miles on his bicycle, summiting high peaks, or just hiking through the earth’s wondrous beauty.

Copyright 2023 Women Your Mother Warned You About LLC

This podcast is powered by Sales Gravy