All Mel Gibson Had To Do Was Slow Down 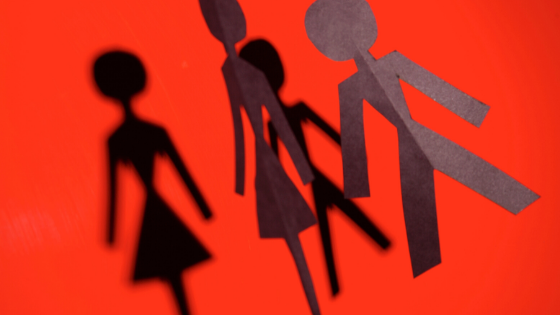 At some point or another we’ve all heard the English idiom ‘don’t judge a book by it’s cover’ but when the title of the book is Slow Sex and there’s a sexy image of a naked woman on the front, it’s hard not to assume that this guide is about more than “the art and craft of the female orgasm.”

Just like it’s hard not to assume that our most recent episode, titled What Women (& Men) Want From Each Other is not just another romcom featuring Helen Hunt, Mel Gibson and a hair dryer in the bathtub mishap.

Fortunately for our listeners both the book, and our episode, offer so much more than what their outward appearance would have you to believe.

Yes, Slow Sex by Nicole Daedone was written as a guide that “teaches men and women how to use the practice of Orgasmic Meditation, or OM, to slow down, connect emotionally, and achieve authentic female sexual satisfaction.”  But it’s in chapters 6 and 7, “What Men Should Know About Women” and “What Women Should Know About Men”, that cohost Gina Trimarco and guest Keith Walters find some especially useful tips in dealing with the opposite sex, both personally and professionally.

Author Nicole Daedone started as a sex therapist and after countless sessions in which she had couples break off into groups only returning when the women could teach the men what they needed to know and vice versa, she noticed reoccurring trends which she would later consolidate into the two chapters mentioned above.

While these chapters are exceptionally useful in dealing with intimate relationships between men and women, they also contain some solid advice for dealing with the opposite sex in a professional setting. Most of which revolve around, you guessed it, communication.

Even more profound is that these chapters encourage the opposite sex to ‘slow down’ and attempt to translate situations from the others perspective rather than preach about changing behaviors.  For instance, in “What Men Should Know About Women” it’s noted that for women “everything is connected. Her body, her heart, her sex, her work in her relationship and her journey. Her world looks like a spiderweb with everything intimately tied to everything else.”

What does this translate to?  Women have a difficult time compartmentalizing. If everything is connected, then everything is affected. A woman has a shitty day at work or a misunderstanding with a friend and the residue from that unpleasant experience will affect how she feels for the rest of the day. For men, the opposite holds true but in simply recognizing that women handle their emotions differently a man can be more supportive in the situation or dialogue.

Similar things can be said for “what women should know about men”.

Turns out men CAN’T read minds. Or as Nicole more eloquently puts it, “Men get confused when women withhold information.  Men are so reliably useless at understanding anything [women] don’t actually say. It doesn’t matter how loud [they] scream at them from inside [their] heads, [they] must communicate in plain words, out loud.” Essentially women need to be able to vocalize their desires if they want men to be able to tend to them.

Other tips included “behind every woman’s complaint is a desire” and “your approval turns him on”, even so far as “he [will] light up like the Eiffel Tower” when you demonstrate your genuine acceptance for who he is. Hear her ‘nagging’ as genuine wishes and when he does something right, for the love of all things good, show him your appreciation. Those two pieces alone are worth the price of admission.

To hear more from Gina and Keith, their personal anecdotes and how they plan to apply these “pivotal” tips to their professional (and personal) lives check out Episode 55 or read chapters six and seven in Slow Sex for yourself!

At the very least you might learn a thing or two about what Nicole calls “orgasmic meditation” and the female orgasm, not a bad deal are we right?