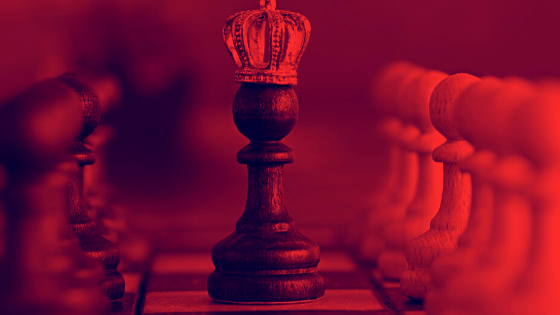 Sitting in a bold pose which shows ‘freedom from fear’, she rides atop a tiger with power, will, and determination while holding a symbolic object in each of her eight hands. The most significant: a bow and arrow to represent energy. A thunderbolt to signify firmness in one’s convictions. The lotus to show certainty of success. A Sudarshana Chakra to show that the entire word is subservient to her will. A sword to symbolize knowledge. A trident to alleviate physical, mental and spiritual suffering. And finally, a conch shell which indicates that she holds onto God.

Introducing the Hindu goddess Durga. The protective mother of the universe, she is one of the faith’s most popular deities. In battling the forces of evil, she is a protector of all that is good and harmonious in the world.

A favorite of Beth Tiger, our most recent guest, the tale of Durga was the foundation of her non profit, Durga Tree International, which “empowers survivors of Human Trafficking and abuse through education, job training and emotional healing.”

As Beth tells co hosts Rachel and Gina, “she was created by eight gods who wanted to eradicate evil, but they couldn’t eradicate evil without the divine feminine so they each took one of their arms, created a goddess and put her on the most badass animal in the jungle. She’s the goddess that eradicates evil and limitation in the world but also within ourselves.”

Additional information on Durga Tree International, how you can become involved in their mission to end modern slavery, and a complete guide to conscious consumerism can be found at https://www.durgatreeinternational.org

This story really resonated with Beth in that aligned with the coaching work she was already doing with women in the US and Europe. “We can’t change the world, we can’t end issues like slavery unless we continue to work on ourselves and we understand what enslaves us and what limits us.”

Part of that is taking back our own language. As Tina Fey’s character said in the movie Mean Girls: “You’ve got to stop calling each other sluts and whores. It just makes it OK for guys to call you sluts and whores.”

Which is why Beth is a self-proclaimed ‘bitch’ and ‘Queen Maker’ for over 15 years. It’s “through her books, workshops, retreats, and spiritual wellness brand [that] she has equipped women with the tools they need to reclaim their down and step into the role of queen in of their own life.”

For years, bitch has been used as vulgar slang instead of embracing the more positive qualities of the word; “alpha female, fierce, clear, kind”. Same can be said for ‘witch’, ‘cunt’, and ‘pussy.’  We have allowed a culture in which we use words of power against women. Essentially the worst things we can call each other, words we’ve used to elicit shame and negativity are all based in a woman’s true power, the seed of creation, the divine feminine.

While the infamous yet disparaging ‘Burn Book’ was simply an exaggeration of the way women associate with one another, it would seem that Beth and Mean Girls Principal, Mr. Duvall are on the same mission, which is to “fix the way you…ladies relate to each other” and to yourselves.

Beth tells the Women Your Mother Warned You About “I just want to cut through the bullshit and the princess behavior in this world.”

“I feel like part of the issue that women have is that we have not grown up. We’re remaining princesses in our lives, we’re not responsible for our finances, we’re looking to be rescued in a relationship, we’re the victims of society or work or other friends.”

So how does she go about making queens?

She takes away the excuses. She encourages women to reclaim their crown, trust in their intuition and “go out and become a change in this world!” And because “empowered women, empower women” Beth offers a variety of retreats and workshops and personal coaching to help women find their place as Queens of their own lives.

You can learn more about Beth Tiger and her work as a ‘Queen Maker’ by listening to Episode 56 visiting www.BethTiger.com.