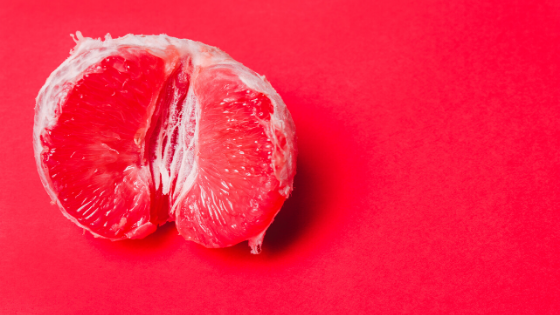 Let’s talk about you and me.

Let’s talk about all the good things

And the bad things that may be.

The bad things being a guy who says he’s 18 but looks 50, profile pictures that might be Interpol mugshots because the guy is a “South American cartel big wig” and “another one, crack Santa: missing teeth, 63-years-old, literally looks like Santa went on a freaking bender.”

There were so many that our most recent guest had to take matters into her own hands and develop a dating app that focused on matching based on real, sexual compatibility while providing safety, security and certainty.

Adryenn Ashley is a social influencer, high tech priestess, super connector and self-proclaimed ‘Woman Your Mother Warned You About.’ “I have been told I need a warning label. I’m often considered too much or a lot or…those kinds of words that seemingly aren’t bad, but they’re really a pejorative [that are] meant to put women in their place” she told co hosts Rachel Pitts and Gina Trimarco. “I just look at them and laugh and go, ‘Oh Honey’”.

When her episode, Loly Your Way To Love, aired it was slapped with an ‘EXPLICIT CONTENT’ label and Gina warned “do not have your children in the car while you are listening to this episode.” Unless of course you’re cool with explaining to your kids the concept of “friends with benefits” and what a “cock shot” is, then by all means turn up the volume.

So how does an award winning filmmaker and tech entrepreneur find herself founding and developing a dating app?

A girl’s got needs.

So how does Loly differ from the dozens of other dating apps on the market?

It provides that safety, security and certainty we mentioned earlier:

Whether you want a long term relationship or “would just like to know that [you’re] female and human and desirable” Adryenn assures that Loly.io can help you find it. Without “putting a negative, douchebaggy dick inside you.”

For more on Adryenn Ashley and Loly visit Loly.io or find Adryenn on Linkedin, Instagram, or Facebook and make sure you hit “follow” because she’s made a career out of going viral.