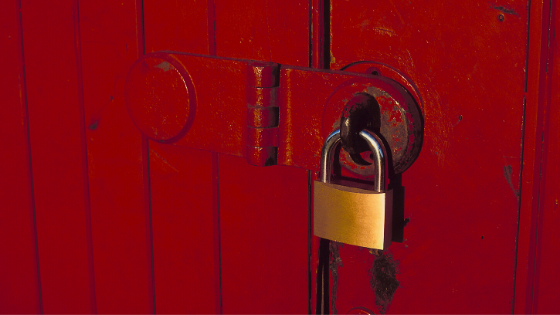 It was just over a year ago that I was approached by my son about earning an allowance.  He was on the verge of turning 7 and had already been performing chores around the house for free.  Unfortunately for me, it seems he had caught on that he might be able to receive payment for these tasks and so began our conversation.

I listed off the chores that he was already responsible for, and of course added a few to sweeten my end of the deal. He then turned the negotiation to compensation.

I knew my initial offer would be insulting but I was also dealing with a 6 year old and assumed his naivety would work in my favor, “How about 2 dollars a week?”

He appeared pensive, which parents all over the world can agree, is a dangerous look for any child to have. Deep and serious thought usually ends in deep and serious trouble.

I laughed. Out loud. For $200 a week I could hire a legitimate housekeeper that I could trust to handle the more dangerous cleaning chemicals without attempting some kind of science experiment and if I asked them to straighten up a room I wouldn’t find everything hidden under a Marvel Avengers tent.

I took a moment to seriously consider his offer for no other reason than I thought he should be rewarded for his brazen attempt at wheeling and dealing.  Then he said, “I mean if that’s too much you guys can always get me a credit card.”

Let’s remember, HE’S SIX YEARS OLD! How does he even know about credit cards? Is he watching Christine Roman on Saturday mornings instead of cartoons?

More laughter ensued and we eventually settled on $3 a week. I think that was more than fair considering his cost of living and in reality, we’re just trying to teach him the value of a dollar.

So my son and I weren’t necessarily negotiating over a high level multimillion dollar deal but it’s a basic (and rather comedic) example of sales negotiation; and what this week’s guest and best selling author, Jeb Blount, talks about Episode 58 and in his new book; “Inked: The Ultimate Guide to Powerful Closing and Sales Negotiation that Unlock YES and Seal the Deal”.

Although, I have a feeling that had I been negotiating with Jeb instead of my inexperienced son I might actually be shelling out $200 a week for menial labor.

“People have always struggled with negotiating” Jeb told co hosts Rachel Pitts and Gina Trimarco and for many reasons from negotiating not being part of the Western culture to the fact that “buyers are just better…[they] get formal training in negotiating, especially people in procurement” which puts sellers at a disadvantage.

It was early in Jeb’s career that he realized his own shortcomings when it came to negotiating and so began his foray into negotiating training through seminars and books, of which there were so few that he decided to write his own. Turns out Jeb an “acclaimed thought leader on sales, leadership and the customer experience” AND an international bestselling author of 11 books.

Inked, his most recent book, discusses why sales people are notoriously bad at negotiating and then offers a variety of solutions, some of which he shared while talking to the Women Your Mother Warned You About.

Emotional Control – “The emotional discipline that I got from making quota naturally made me a better negotiator. Emotional control is the center of everything. So it’s the person [with the] greatest amount of emotional control that has the highest probability of getting the outcome that they desire.”

The ‘Deal Communication Framework’ – First you need to sit down and have a conversation. Find out “what’s important to them, try to get their list on the table.”

The ‘MLP Strategy”: Motivation, Leverage, and Power – Motivation is both your motivation (remember that thing about emotional control) and their motivation. Their motivation is based on several core questions: Do I like you? Do you listen to me? Do you make me feel important? Do I trust and believe you? “Your job is engineering the sales process step by step and connecting with all the stakeholders to increase [their] emotional motivation to do business with you.” “Leverage is currency” he continues “leverage is your pricing information, it’s your time, it’s your ability to give people solutions and in some cases, it’s your discount.”  It’s your job to use that leverage to bend the buying process to better suit you. Power is derived from alternatives which can be neutralized through emotional motivation and communication.

He even offered a free tip on writing books, “write…you have to write one word to get to the second word, and then you string a few words together and you get the sentence.” There’s something to be said for the obvious.

For more on mastering sales negotiation check out Episode 58 and visit SalesGravy.com to learn more about Jeb Blount, his process and to get your very own copy of “Inked: The Ultimate Guide to Powerful Closing and Sales Negotiation that Unlock YES and Seal the Deal”.