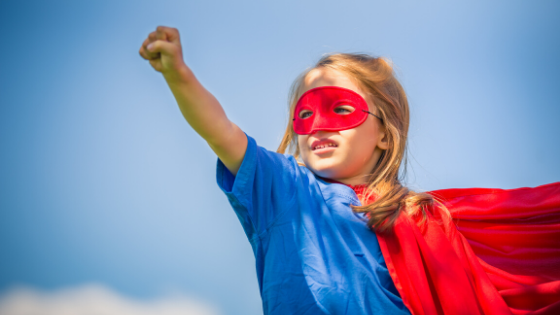 Martha Graham famously once said “a dancer dies twice, once when they stop dancing and this first death is the more painful.”

Dance as a career requires an exceptional high level of commitment and passion, substantial periods of training, and unfortunately, a professional life that is notoriously brief because of the physical demands and stress that dancing puts on the body. And unlike professional athletes, retirement from dancing doesn’t usually come with million dollar endorsement deals or well-paid movie cameos.

In many instances dancers find this transition to be incredibly difficult and one that they are ill-equipped to make. Well, no offense to Martha Graham but if what she said was true then Laura Casselmann, this week’s guest on Women Your Mother Warned You About and former Radio City Rockette turned CEO of JVZoo, a popular affiliate network and marketing platform for digital products, managed a pretty impressive resurrection.

As Laura shared her story it’s no wonder that she successfully and seamlessly made the move from character heels to the corporate world, even spending several years doing both simultaneously.

Even from a young age sales came naturally to her, as demonstrated by her tenacity to be the highest grossing Girl Scout. “I pulled out the phone book, and I just started dialing every single person…and I would sell them cookies” regardless if those numbers she came across belonged to parents of the girls in her own troop. Later she would set up a chair on the number four tee box at the golf course across the street from her childhood home, “I would sell mulligans for $1. Of course, the men would come up playing golf and they would start laughing because they’re like ‘who is this kid selling mulligans’ and then they’d have a bad shot and I’d say ‘you want that mulligan now?’”

She didn’t stop there. She started a grass cutting business, taught gymnastic classes before she could operate a vehicle and in college spent most evenings teaching dance classes. It was then that she realized that teaching dance was not necessarily her calling and started taking other jobs in an effort to establish what her path would be when her performance career eventually came to an end.

“Did I love [those jobs]? No. Did they help me climb the corporate ladder? Absolutely. So anytime I hear someone saying ‘I hate my job’ I’m like, ‘but is it on your path?’ because if it’s getting you to where you want to be ‘suck it up buttercup.’”  She assured listeners that we’ve all worked jobs we don’t like but it’s part of the process in getting to that end result.

All of this preparation allowed her to step in her first executive position in corporate America when she left the Radio City Rockettes. “So I had a beautiful transition that didn’t come by accident. I worked my behind off the entire time.”

What does she do now that she’s at the top?

She’s working on changing the rules. “I’m a big believer in ‘play the game until you get in the position to change the rules’ and I’m doing my best to change the rules, to respect women who have paved the way for me to get here and to create an easier path for the next generation of women.”

She’s fighting for equality in all avenues. A huge one being pay equality and to promote that she practices ‘name your own salary.’ “You tell me what bar you want to jump to everyday. You set the bar, and then jump there everyday.”  She finds this to help women establish their worth by actually asking for what they need.

She’s also refusing to participate in the age old tradition of doing business in strip clubs. “I know what a naked female body looks like, I see one every single day when I shower.” But in all seriousness, “I’ve never been that compliant girl who’s going to sit back and put myself in a position where I, my integrity would be compromised, or who I am would be compromised.”

“It takes good women and good men to change [the current culture]” and “each time a woman stands up for herself, she stands up for all women.”