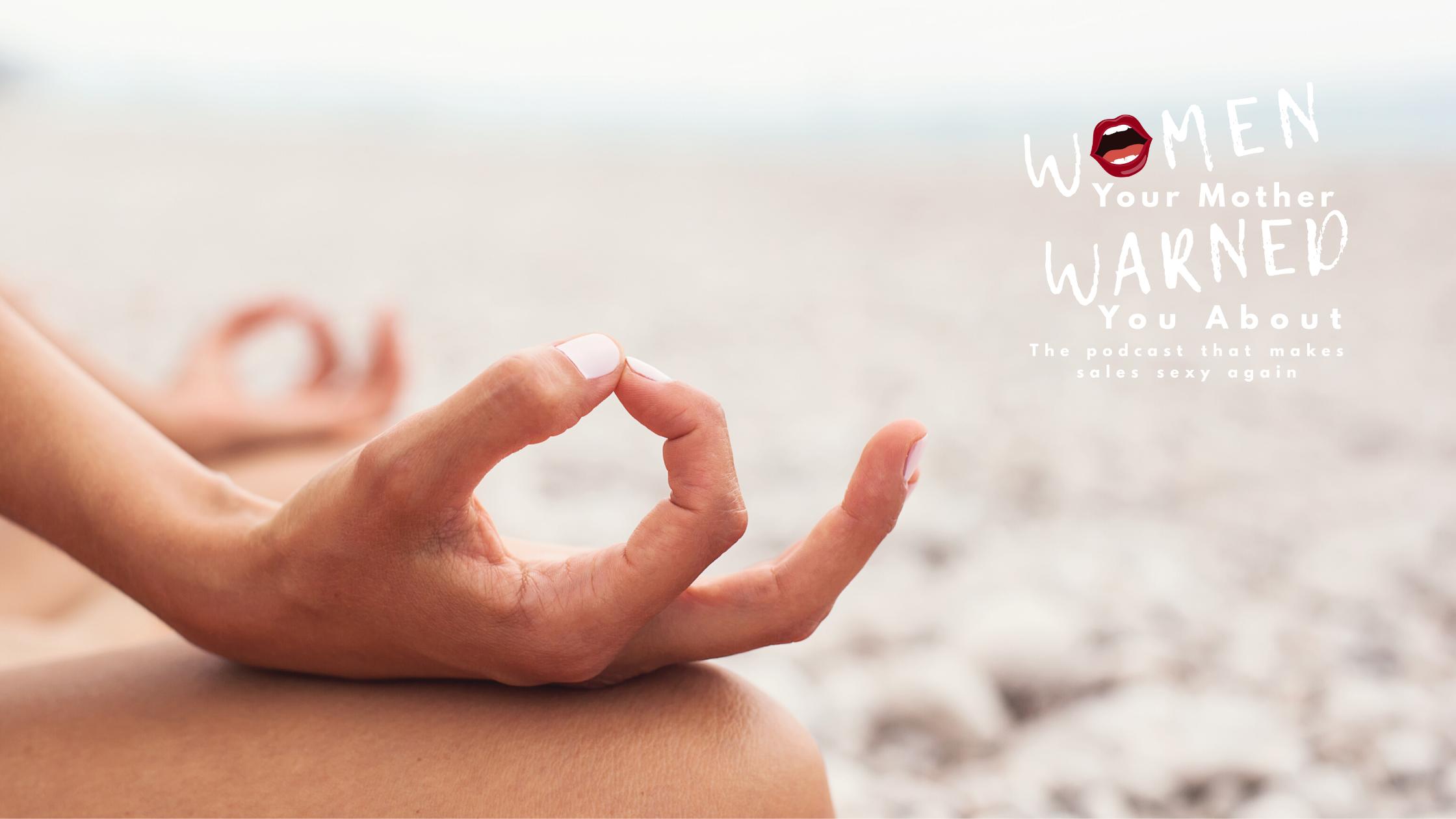 Studies have shown that meditation can reduce stress, improve your emotional well being, increase your ability to focus clearly and help entrepreneurs make better decisions. We hear you doubters so let’s rephrase that list.

But how? How does it work? How do I know if I’m doing it right? And most importantly, how the fuck do you quiet your mind long enough to actually meditate?

So many questions. While co hosts Rachel Pitts and Gina Trimarco are big on mediation and have both added it to their daily routines they thought it best to call in reinforcements. Our most recent guest, Meryl Arnett is a 500-hour E-RYT and Yoga Therapist with a certification from Pranakriya. She has taught yoga and meditation to Fortune 500 companies, from the floor of the Phillips Arena to festivals and studios across the city. She also helped found the first studio in Atlanta, GA that offers regular, independent meditation classes. She is the creator of The Mindful Minute podcast and her meditation classes have been featured on CNN Headline News, WXIA-TV and in Atlanta Magazine.

Basically she knows her shit.

“Our brain is meant to keep us alive. And that means scanning the future to look for threats and comparing it to what happened in the past to make sure we’re safe. My mind has never stopped thinking in a meditation” Meryl reassures. “But now I see the difference between thinking and being lost in my thoughts.”

Mediation isn’t supposed to magically clear your mind of the endless thoughts that are constantly bouncing around in our brains. It’s about practicing mindfulness so that we can recognize those endless thoughts and take a break from them for a minute so that we can readjust our focus. Meryl defines mindfulness as being “in the present moment, without judgement and with compassion.” And she was very specific in citing that the non-judgement and compassion is not only for others and your environment but also for yourself.

Considering the current climate we could all use a little more compassion. Meryl says It’s much like saying, “I’m doing the best I can do today…and to have enough faith to say the person on the other end is doing the best they can do today. We’re all just trying to get through it.”

Want specific tips, explanations and stories to get you started on your meditation journey? Check out MerylArnett.com where you can sign up to receive Meryl’s FREE Meditation Starter Kit!

Copyright 2021 Women Your Mother Warned You About LLC