The Man is NOT the Plan 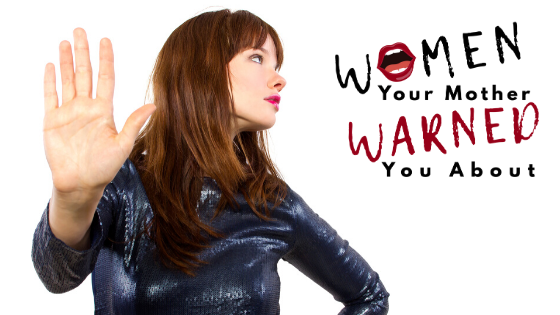 Who here read that word and immediately pictured an angry mob of domineering women throwing their bras into a burning trash barrel?

Don’t feel bad. Unfortunately ‘feminism’ has become somewhat of a dirty word because of some irresponsible reporting in the late 60’s during a protest against the Miss America Pageant. Not surprisingly no bras were actually lit on fire so we can only assume the headline was just too good to pass up. Imagine that, the media seizing an opportunity to sensationalize an event. Color us shocked. And then there’s the more current tribal feminists who belive that dicks are a construction of oppression, some cereal boxes are offensive and school mascots encourage rape and sexual violence.

Lea is the CEO and founder of SmartFem Media Group, a full service digital marketing and advertising company that was created out of a promise to her daughter “to create something that would educate, empower and inspire women.” Her many years as a publicist, columnist and Radio & TV Personality didn’t hurt either.

It all started with SmartFem.com, “a digital magazine for the smart woman on the go.”

Whether or not women are raised under the premise that finding a husband is the end game, we are certainly exposed to our fair share of gender role stereotypes and expectations. Either overtly, as was the case when Lea’s dad wouldn’t pay for her college because “it was gonna be a waste of money” simply because she was a girl, or subliminally, just take a look at the plot of almost every rom-com.

Instead of waiting for Prince Charming, Lea encourages women to “be the best version of you and create a product or service. Know who you serve, know how you serve, and know what people are going to get from working with you.” A little bit louder for you ladies in the back, BE YOUR OWN KNIGHT IN SHINING ARMOR!

“The man is not the plan. We have to be the plan and then the man shows up.”

Or if you’re feeling particularly generous, be a fairy godmother. “I think it takes a certain level of maturity and experience to understand that being the fairy godmother and being the one that swoops in and helps someone else’s dreams come true is a much more rewarding place to be. Young women, they not only have to help themselves, but they have to help each other. We have to lead the way and we have to send the ladder back down to the next woman.”

With SmartFem.com Lea is sending the ladder back down to an entire audience of women and that’s the coolest kind of feminism there is.

Hear more from Lea, Gina Trimarco and Rachel Pitts about empowering women, failing forward and embracing the suck, tune in to Episode 70.